(COLUMBUS, Ohio) – While regular screenings help identify and treat breast cancer earlier, the more than 200,000 women diagnosed with early-stage breast cancer each year in the United States still have tough decisions to make. Until recently, the choices were mastectomy or removing just the tumor and having several weeks of radiation to the breast. Now, a new option may help make the choice easier for some women. Partial breast radiation focuses treatment to the small area where their tumor was removed and can be completed in just five days. A new study finds this method not only makes treatment shorter and more accessible, but for many patients, it can also result in similar cancer recurrence rates.

“If the cancer comes back, it is almost always in the same area where the tumor was removed,” said Dr. Julia White, co-principal investigator of the national trial and head of breast radiation oncology at The Ohio State University Comprehensive Cancer Center–Arthur G. James Cancer Hospital & Richard J. Solove Research Institute (OSUCCC – James). “By just irradiating that small section, we’re able to reduce treatments from four to six weeks to five days, a difference that can be a major factor when making the decision about breast conservation surgery.”

The study followed 4,200 patients who had lumpectomies after being diagnosed with early-stage breast cancer at various cancer centers across the United States, including the OSUCCC – James in Columbus, Ohio. After 10 years, the rate of cancer recurrence was less than five percent among all patients, and the difference between those who had full and partial breast radiation was less than 1 percent. While partial breast radiation is not for every breast cancer patient, it works well for those over the age of 50 with a hormone-sensitive, low-risk form of the disease.

“We found no differences between the two types of radiation treatments in this group, and more than 97 percent of these patients remained cancer-free after ten years, which is tremendous,” said White. She hopes the results of the study will encourage more hospitals to offer partial breast radiation as an option. 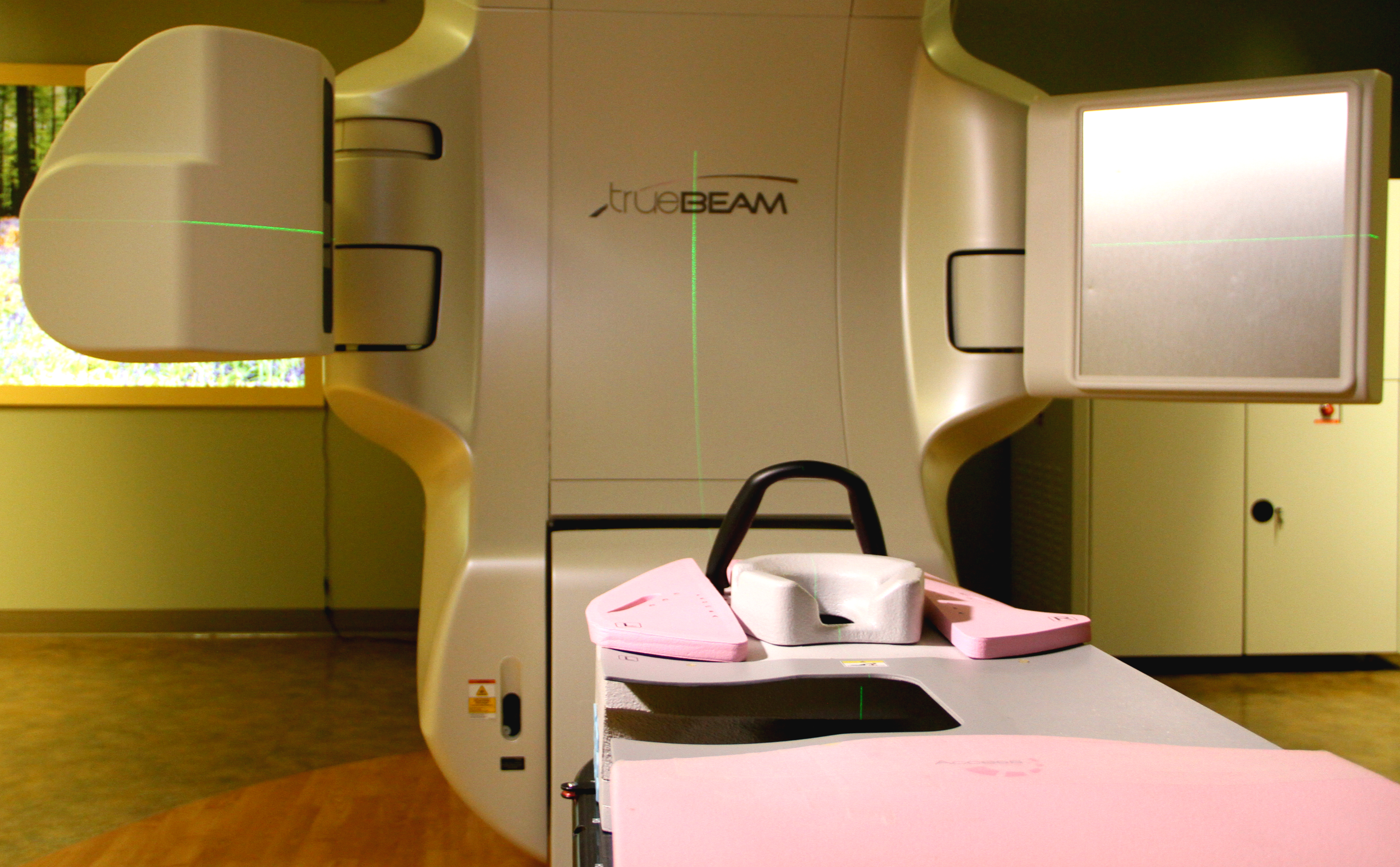 A new study conducted in part at The Ohio State University Comprehensive Cancer Center– Arthur G. James Cancer Hospital and Richard J. Solove Research Institute finds a certain group of breast cancer patients can have the same successful results of full-breast radiation after lumpectomy with a shorter treatment that focuses radiation just to the small are where the tumor is removed. 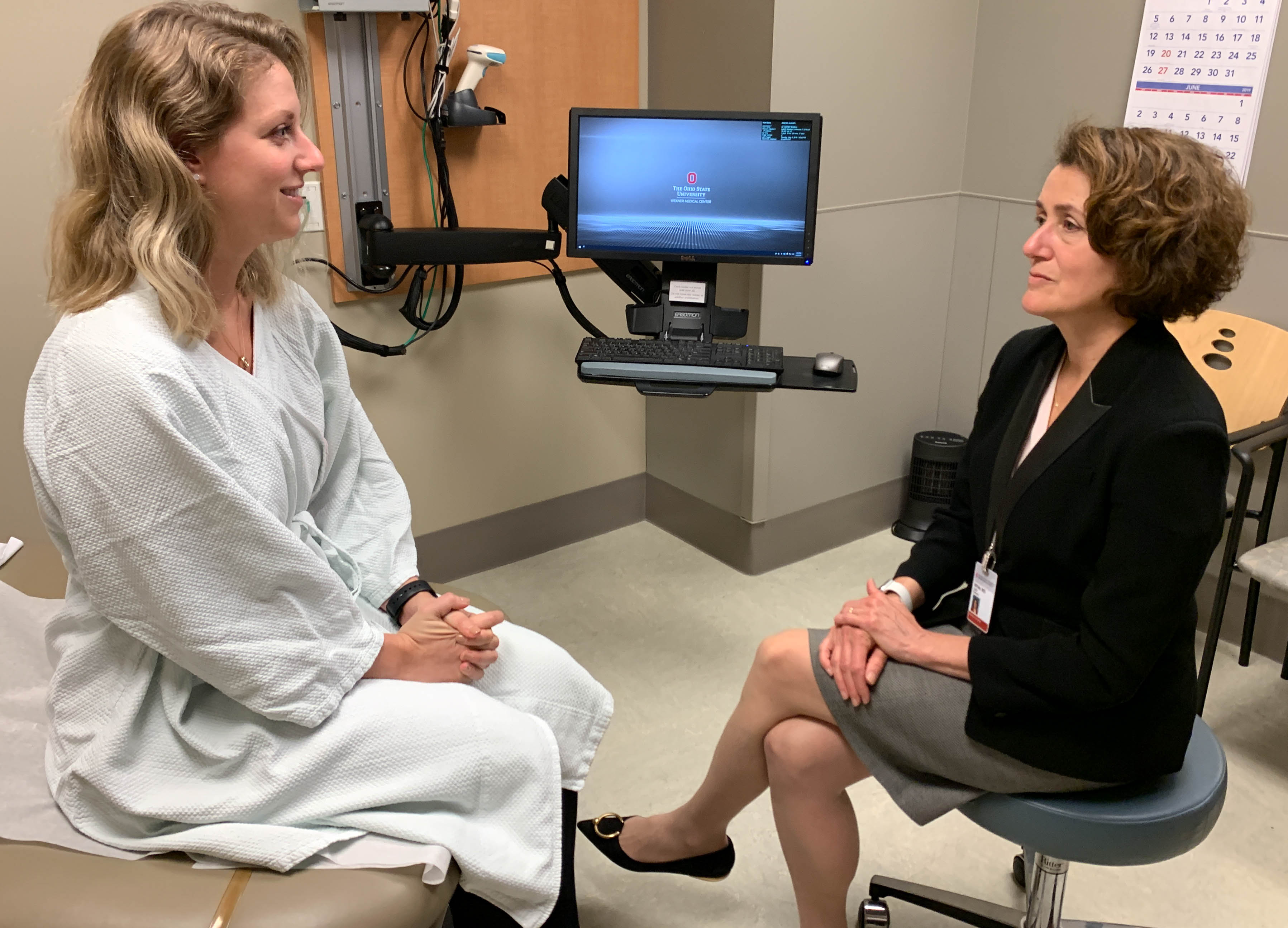 Dr. Julia White (right) discusses radiation therapy options. White was co-principal investigator on a study that found many patients can get the same benefits of full-breast radiation after lumpectomy with a focused treatment that radiates the small area where their tumor was removed. 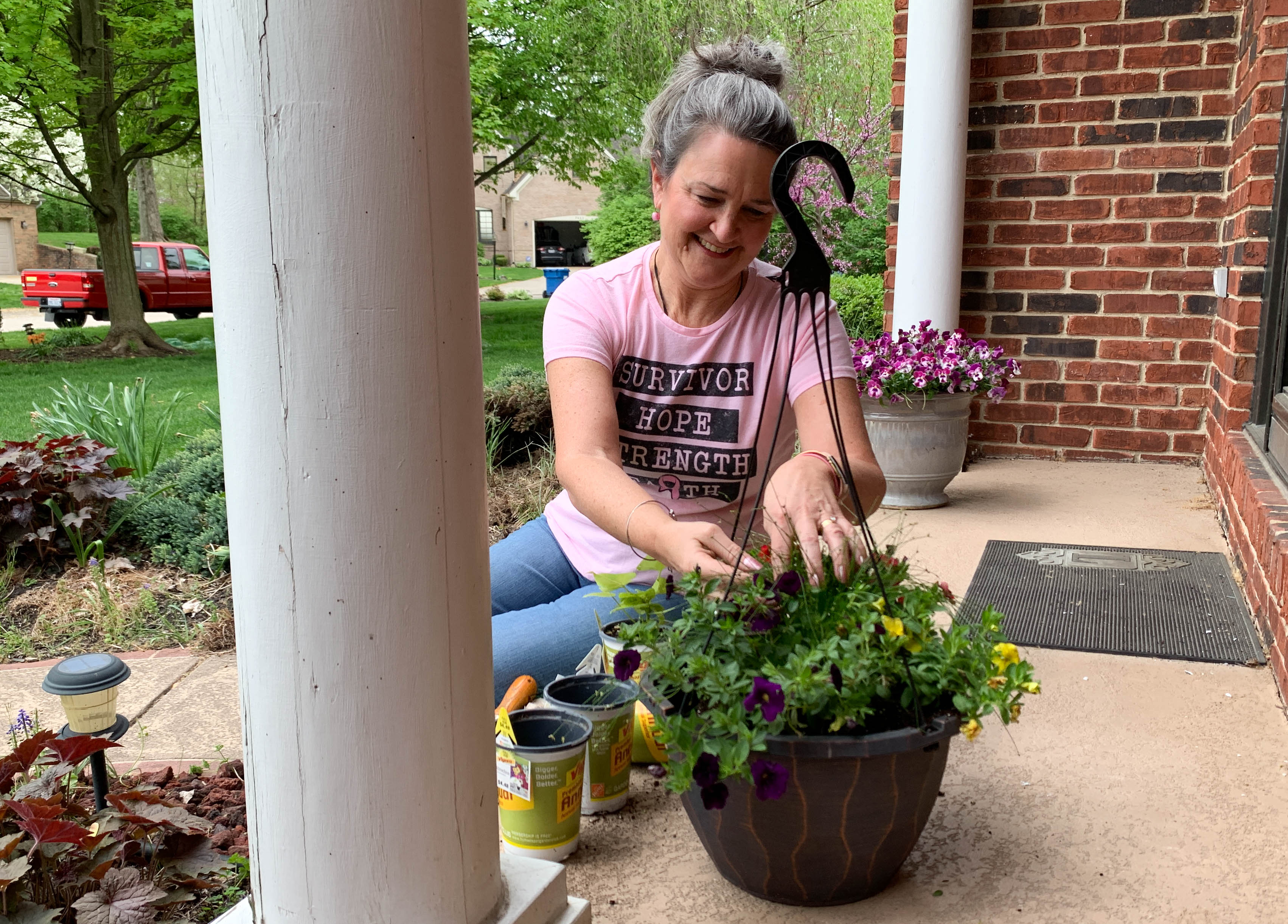 Wendy Lybarger plants flowers at her home in Dayton, Ohio. After having a lumpectomy for early-stage breast cancer, Wendy was able to complete radiation in just five days using a method that focused treatment to the small area where the tumor was. 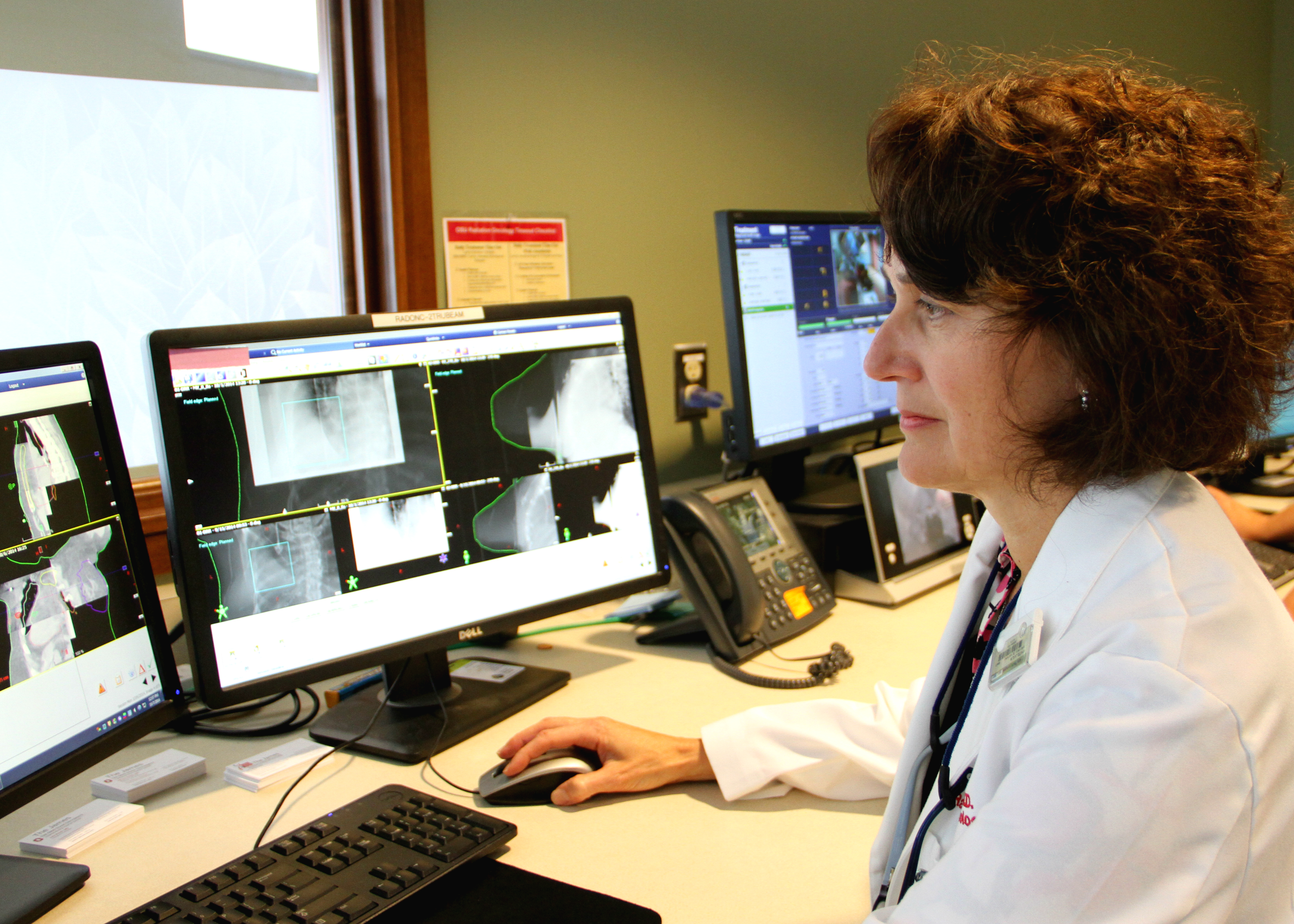 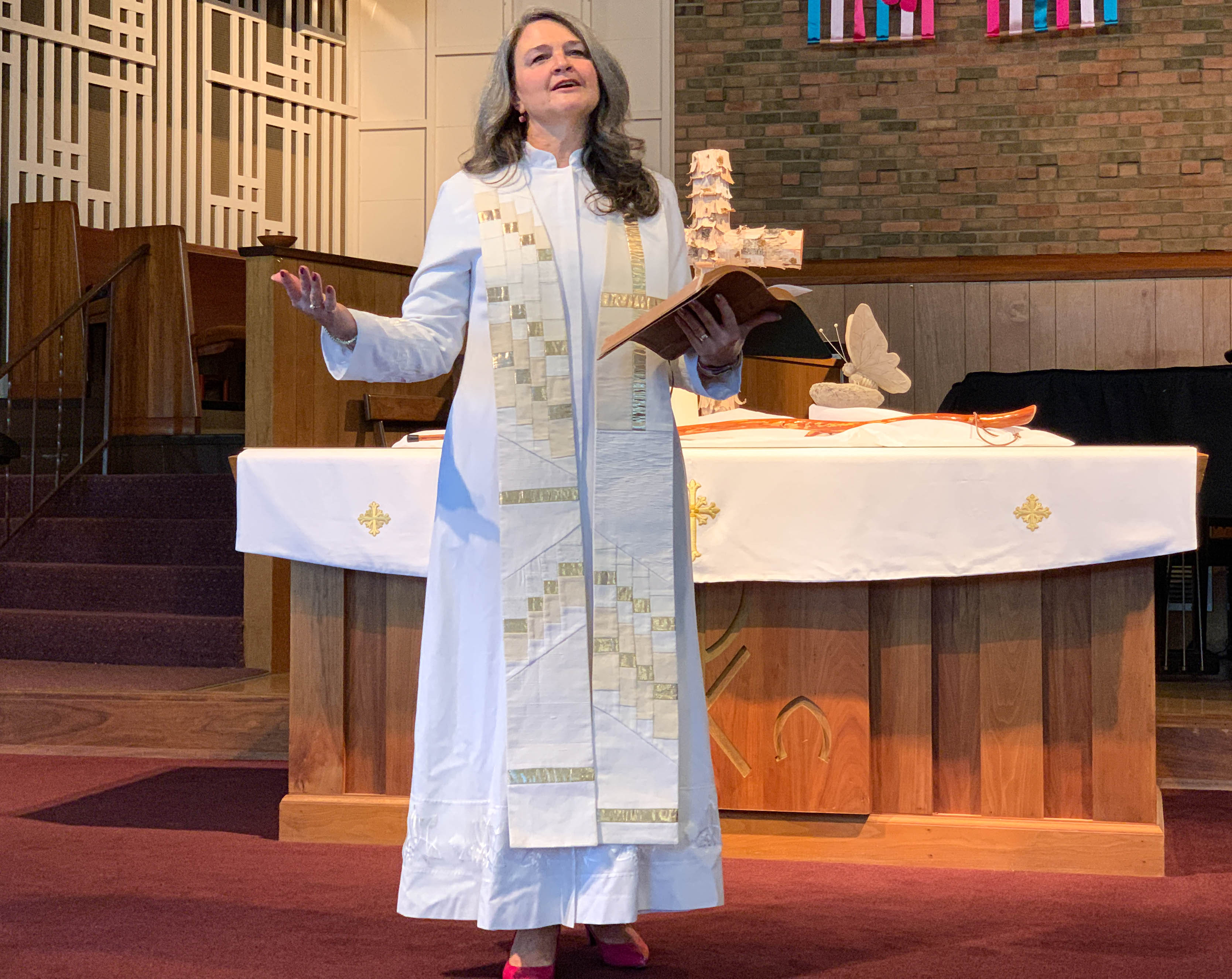 Wendy Lybarger preaches at a church in Dayton, Ohio. She was able to continue working through breast cancer treatment thanks to a new radiation method that shortens treatment time without compromising effectiveness.