(COLUMBUS, Ohio) – With many infant formulas on the market promising the same benefits as breast milk, more women may forgo breastfeeding. However, when making that decision, women may not be considering the benefits  breastfeeding has on their own health. Research has shown that women who breastfeed greatly lower their risk of developing breast cancer, but a new study by The Ohio State University Comprehensive Cancer Center – Arthur G. James Cancer Hospital and Richard J. Solove Research Institute (OSUCCC – James) finds very few women are given this information by their healthcare providers.

“Prevention is the best weapon we have to fight cancer,” said Dr. Bhuvana Ramaswamy, principal investigator of the study and breast medical oncology division director at the OSUCCC – James. “Not every mother is able to breastfeed, but they should all have the information they need to make the best decision for themselves and their babies.”
The study found that nearly 60 percent of moms knew of the link between breastfeeding and breast cancer, but of those women, only 16 percent received that information from a medical professional, something Ramaswamy says needs to change: “We have a duty as a medical community to ensure our patients have reliable knowledge,” she said. “And when it comes from a professional, medical information is much more likely to affect people’s choices.”

Of the women who did not breastfeed, 60 percent said having this information would have influenced their decision. This is particularly important for African American women, who are much more likely to develop an aggressive and deadly form of cancer called triple negative breast cancer. However, the study found African American women were less likely to be informed about the health benefits of breastfeeding when compared with women of other ethnicities.

Ongoing OSUCCC – James research is exploring exactly how breastfeeding reduces a woman’s risk for breast cancer. Scientists hope to develop methods to help extend the benefits to women who are unable to breastfeed. 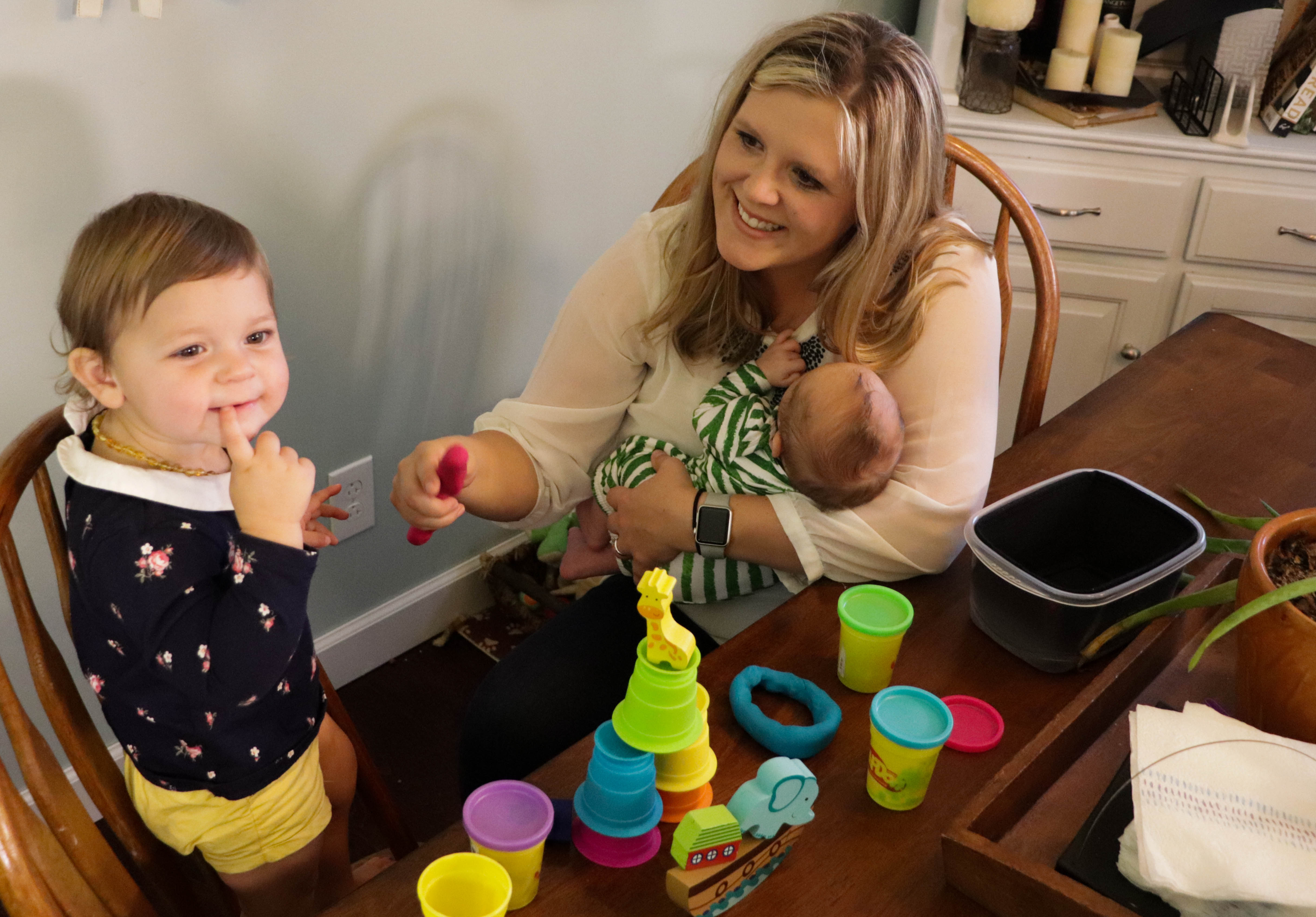 Kylee Dawson decided to breastfeed both of her children. A new study at The Ohio State University Comprehensive Cancer Center – Arthur G. James Cancer Hospital and Richard J. Solove Research Institute finds that women may not be considering their own health when making a decision about breastfeeding. Only 16% learned of the link between breastfeeding and a reduced risk of breast cancer from their healthcare providers. 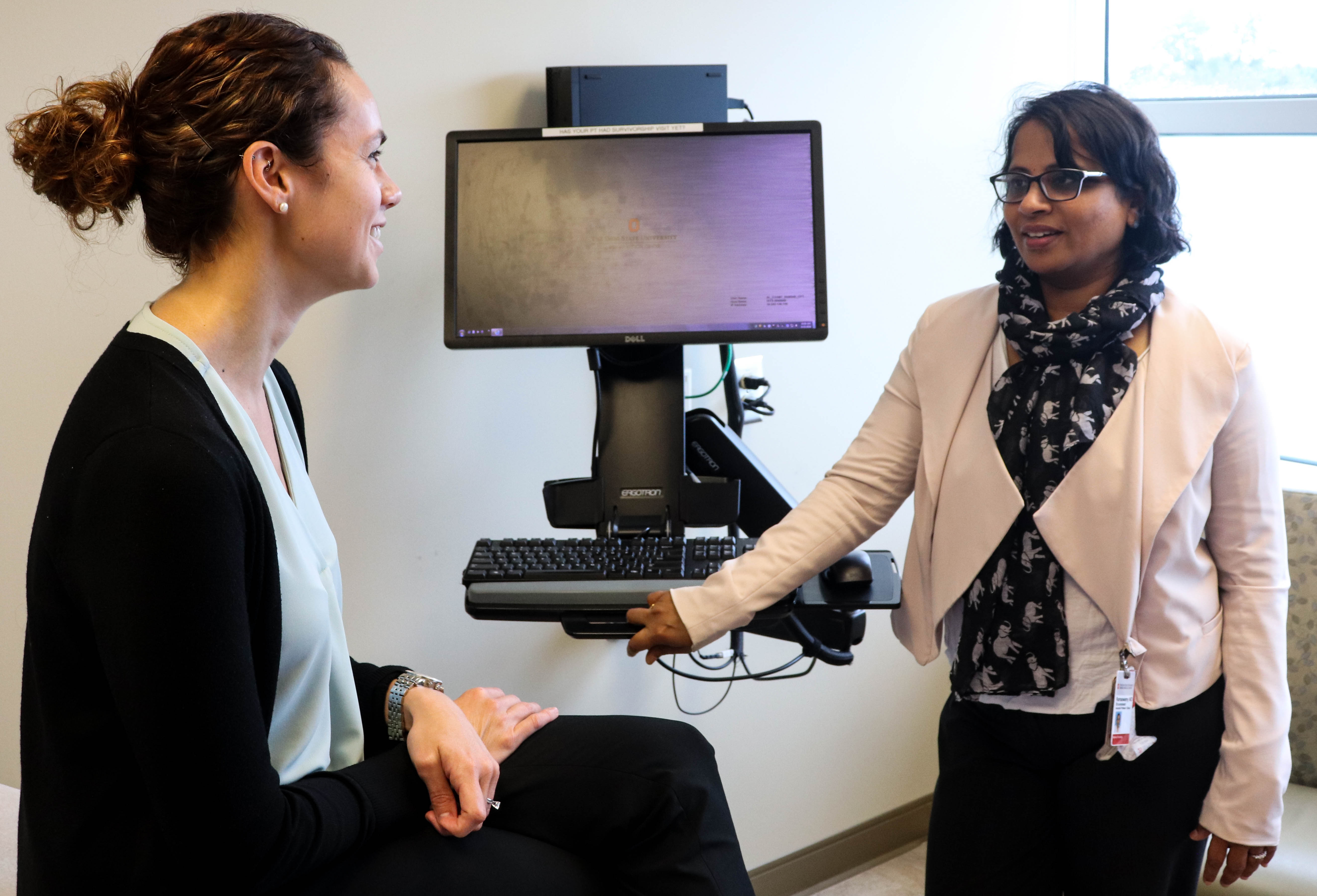 Dr. Bhuvana Ramaswamy discusses the health benefits of breastfeeding with a patient. She led a study at The Ohio State University Comprehensive Cancer Center – Arthur G. James Cancer Hospital and Richard J. Solove Research Institute that found most women are not learning that breastfeeding can reduce their risk of developing breast cancer from their doctors. 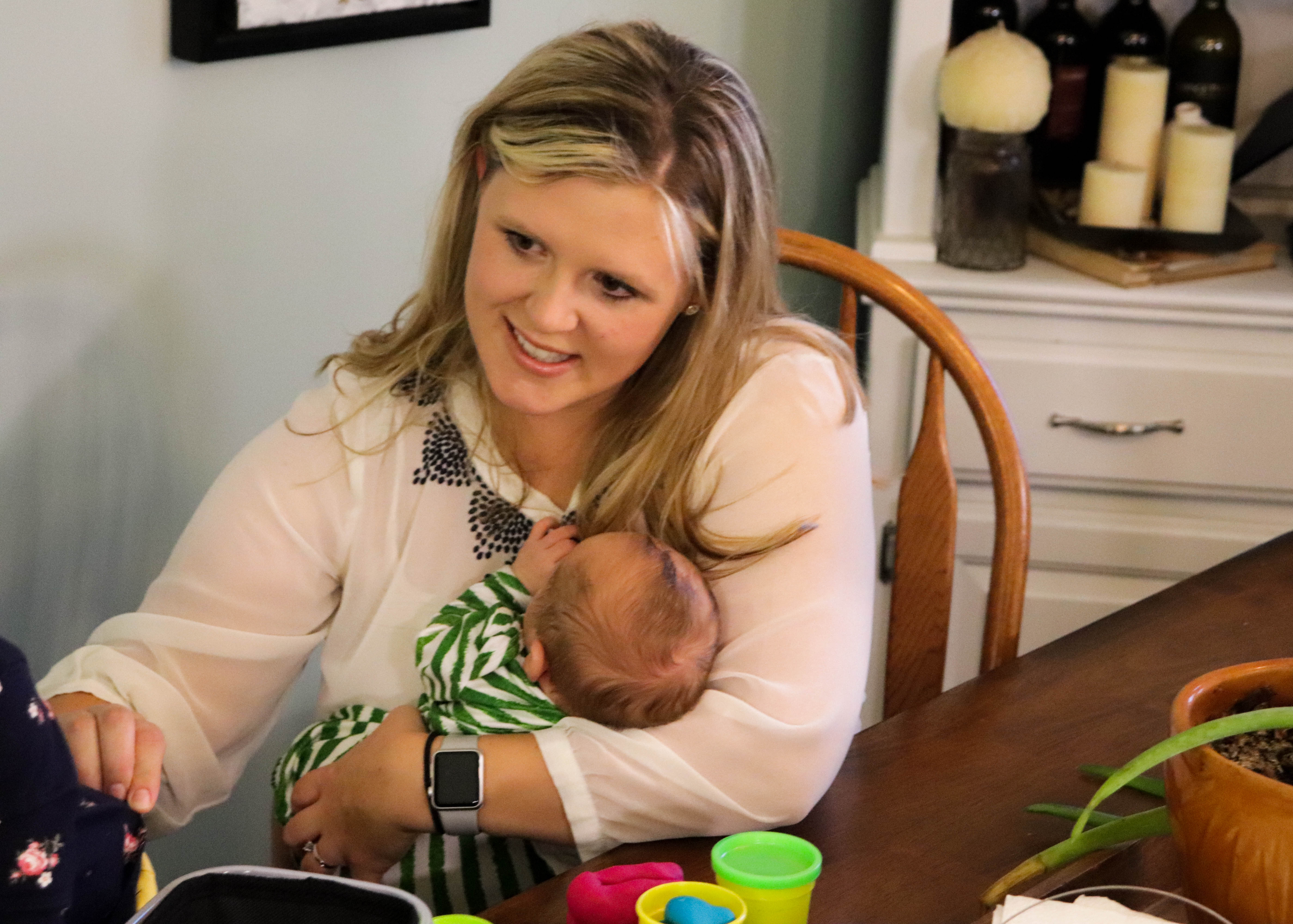 Kylee Dawson holds her four-week-old son, Noah. She made the decision to breastfeed with both of her children, but says her healthcare provider did not inform her about how breastfeeding could benefit her own health in addition to the health of her baby.